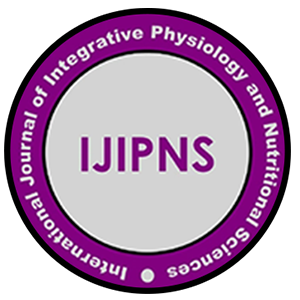 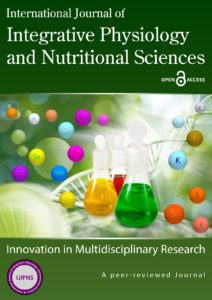 Polycystic ovary syndrome (PCOS) is a relatively common health problem, affecting about 3% to 10% of women around the world (Wolf et al., 2018). PCOS is characterized by an imbalance in reproductive hormones (elevated androgen levels) (Ndefo et al., 2013). PCOS, most commonly, presents with irregular periods and is one of the main causes of infertility.

Irregular menstrual cycle: At least 70% of women with PCOS experience oligomenorrhea (nine periods or lesser per year) or amenorrhea (three or four consecutive months with no period) (Teede et al., 2010).

Infertility due to prolonged anovulation (no ovulation) (Teede et al., 2010).

Appearance of cysts on one or both ovaries.

Both genetic and environmental factors contribute to the development of PCOS. Hormonal disturbances combined with other factors, including obesity, ovarian dysfunction and hypothalamic-pituitary abnormalities contribute to the aetiology of PCOS (Teede et al., 2010). Two of the most well-known causes are listed below:

Patients with PCOS are sometimes asymptomatic or they may present with multiple gynaecologic, dermatologic, or sometimes metabolic manifestations. They most commonly come with complaints of oligomenorrhea, amenorrhea, or infertility (Legros et al., 2013).

Diagnosis can be accomplished by a detailed history and physical examination and basic laboratory testing, mostly without the need for ultrasonography. The Endocrine Society advises clinicians to diagnose PCOS using the 2003 Rotterdam criteria (Legros et al., 2013).

Hypoandrogenism can be detected by doing a blood test (elevated serum levels of free testosterone). Very rarely, ultrasonography is needed to confirm PCOS. A polycystic ovary is defined as an ovary containing 12 or more follicles measuring 2 to 9 mm in diameter or an ovary that has a volume of greater than 10 mL on ultrasonography. A single ovary meeting either or both of these definitions is sufficient for the diagnosis of polycystic ovaries. Most cases can be symptomatically diagnosed and imaging is performed only to rule out a tumour, if suspected. Further evaluation is warranted only to exclude other treatable conditions that mimic PCOS or to detect long-term metabolic complications. In adolescents, diagnosis of PCOS should be done only after they have been oligomenorrheic for two consecutive years and they should meet all three Rotterdam criteria (Legros et al., 2013).

There is no cure available to PCOS. Symptomatic treatment along with lifestyle changes is the best course of treatment.

Long-term management of PCOS: The first line of treatment for PCOS is lifestyle changes, weight loss, diet and exercise. This increases insulin sensitivity. Oral contraceptives have been the go-to for the treatment of PCOS. They provide relief by suppressing pituitary LH secretion, suppressing ovarian androgen secretion, increasing circulating SHBG levels. Risk factors with oral contraceptives need to be weighed before a treatment plan is established. Some studies have progestin containing IUD’s to be of value in treatment. In morbidly obese women, bariatric surgery is recommended for patients with BMI higher than 40. Currently, studies are being conducted to prove the efficacy of pharmacological treatment of obesity as a long-term benefit to managing PCOS (Legros, 1999).

Treatment of anovulatory infertility: One of the recently popular first-line of therapy for ovulation induction is letrozole (aromatase inhibitors). Traditionally, clomiphene citrate (CC) has been used to treat anovulatory women.  The proposed benefits of letrozole include a shorter half-life than clomiphene, more favourable effects on the endometrium, potentially higher implantation rates, and lower multiple pregnancy rates due to mono-follicular ovulation. Generally, clomiphene is started at 50 mg per day for 5 days and increased by 50 mg per day in following cycles, increased up to a maximum daily dose of 150 mg/d, if the patient doesn’t ovulate. Metformin, is often, times used as an adjuvant to clomiphene treatment.  Gonadotrophins are used for ovulation induction in women with no success using clomiphene. As second-line treatments, in-vitro fertilization (IVF) and ovarian surgery (laparoscopic ovary drilling) (Legros, 1999).

Hirsutism and acne treatment: Other than hair removal techniques (waxing, shaving, plucking, laser removal), some drugs may be prescribed to control excessive hair growth. The most common are spironolactone, flutamide and other therapies including eflornithine. Hormonal contraceptives provide some relief from acne associated with PCOS and can be used along with standard topical acne therapy (e.g., retinoids, antibiotics, benzoyl peroxide) or can be used separately (Legros et al., 2013).